«Did you hear it? It is the sound of your world collapsing»: EZLN

Chiapas, Mexico. Tens of thousands of supporters of the Zapatista National Liberation Army (EZLN) occupied in emblematic silence the streets of five municipalities of the Chiapas in the first Zapatista public demonstration since May 7, 2011, when they rallied to the call of the Movement for Peace with Justice and Dignity. This massive and simultaneous action, the largest in its history, was preceded by the announcement that the indigenous organisation would make its pronouncement, which happened some hours after the mobilisation.

To whom it may concern: Did you hear it? It is the sound of your world collapsing. It is that of ours rising anew. The day that was the day, used to be the night. And night will be the day that will be the day, was the message signed by subcomandante Marcos and put out hours later through the web page, Enlace Zapatista.

In each one of the cities taken over (Ocosingo, Las Margaritas, Palenque, Altamirano and San Cristóbal), the Tzeltals, Tzotzils, Choles, Tojolabals, Zoques and the mestizos marched with their traditional scarves and balaclavas, in line and in strict silence. Men and women, mostly young, crossed a pavilion in each city, raising their fist. That was the most symbolic expression of the mobilisation.

Force, discipline, extraordinary orderliness, composure, cohesion: that wasnt insignificant. For 19 years, they have been dismissed as dead, divided and isolated. Over and over again, they come out to say, here we are. Today (December 21), with 40,000 Zapatistas on the streets, they silenced once more the rumours and malicious lies.

In San Cristóbal, the city where the EZLN demonstrations are usually organised outside their territory, more than 20,000 Zapatista men and women from Caracol de Oventik (a Zapatista community), where they had gathered a day before, they marched under a rain that began from daybreak. The procession of 28 detachments (according to the number that the groups had on their balaclavas), started on the outskirts of the city, at about 8:30 a.m. and at mid-day the rearguard was still far from the city centre. The plaza was too small to hold them all.

Residents and tourists shouted out in support and sang the Zapatista hymn in part. The businesses, as is their habit, downed their shutters, as the Indians once again surprised them. The pavilion was put in front of the cathedral while the orderly Zapatista groups placed themselves in the citys first block.

In Palenque, the ancient Chol city and one of the most important tourist centres of the state, the indigenous Zapatistas entered by the principal avenue of the town and enacted their clenched fist gesture on the pavilion located in the town centre, opposite the church. Later, they left along Chiapas street for their communities.

In Las Margaritas, the Zapatistas repeated the same dynamic with 7,000 supporters while in Ocosingo  a town also taken by the insurgents on January 1, 1994, where the army massacred civilians in the first days of the war  more than 6,000 supporters participated in the action from 6 a.m.; it emerged that about 8,000 other Zapatistas had to stay back in La Garrucha as there wasnt enough transport for the city. Not since the bloody combat of the indigenous uprising had so many Zapatistas concentrated in this locality.

There was plenty of symbolism: they chose the last day of the Mayan cycle, which for many was the end of the world and for others the start of a new era, the shedding of the skin, the renovation. During these 19 years, the Zapatista fight has been full of symbolisms and prophecies, and this occasion did not have to be an exception.

From the time of the announcement that the EZLN general command would put out the word, expectations about the message content had grown. What was heard on Friday, nevertheless, was their steps, their silent steps traversing five plazas, their dignified and rebel walk through the streets, their fists held high.

The last time that subcomandante Marcos, military chief and Zapatista spokesperson, had spoken was in the letters exchanged with philosopher Luis Villoro on December 7, 2011. The most recent political initiative was the festival of Dignified Fury in December 28, to which Mexican and international struggles and movements were invited.

The members of the Clandestine Revolutionary Indigenous Community did not present themselves on Friday, as their top levels had done in May 2011. That was the last time that Tacho, Zebedeo, Esther, Hortencia, David and the general command were seen with the exception of subcomandante Marcos, who has stayed away from the public gaze. 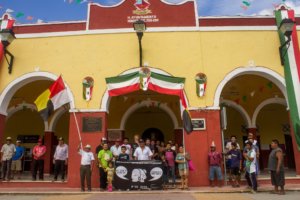 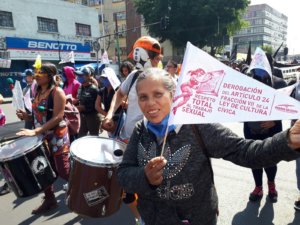 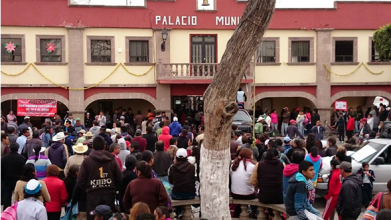 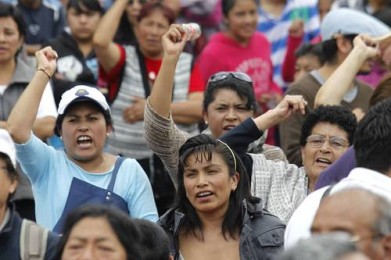 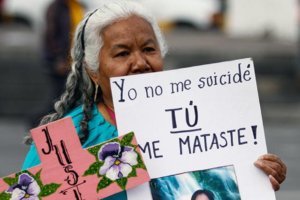 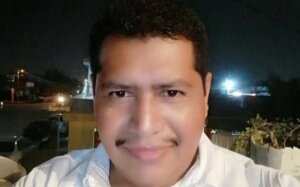 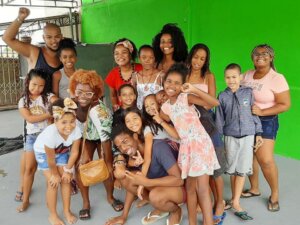 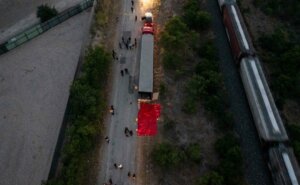